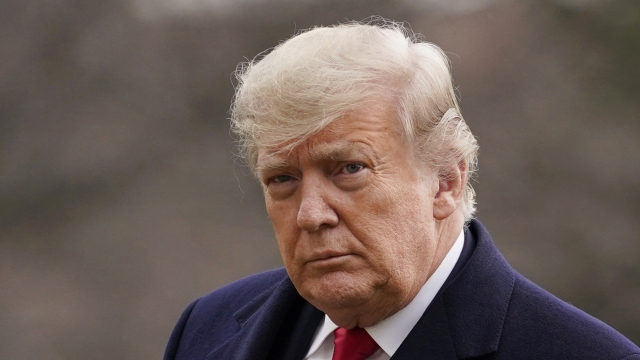 We're just days away from the second impeachment trial for former President Trump.

Thursday his defense team said he will not testify during the trial after House Democrats made the request.

The request from House impeachment managers was part of their effort to put the president on record. He's charged with inciting the insurrection at the capitol last month.

Trump's lawyers said lawmakers won't be able to prove their allegations against the former president and accused Democrats of playing games with the Constitution.

And we're getting a better sense of where Americans stand on impeachment.

In a Marist poll half of Americans say they think the Senate should vote to convict the former president. Fourty-one percent think it should not.

The responses were largely dependent on party affiliation. Ninety percent of Democrats said Trump should be convicted. Just five percent of Republicans said he should be.