Here's Why People Are Talking About The Tiny Country Of Montenegro 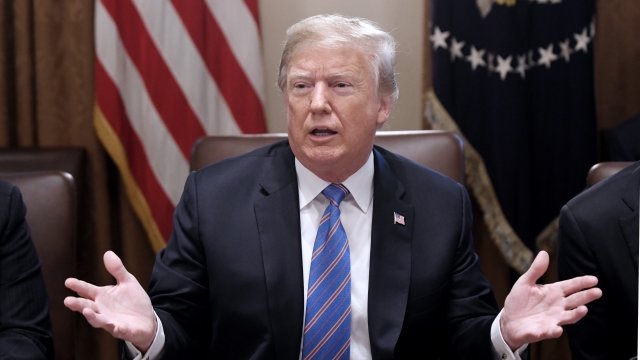 Fox News anchor Tucker Carlson hypothetically asked why the U.S. should defend Montenegro, a NATO ally, from an attack. Trump seemed to insinuate that the U.S. might not come to the country's defense.

"You know, Montenegro is a tiny country with very strong people. ... They have very aggressive people. They may get aggressive, and congratulations, you're in World War III," Trump said.

That concept of mutual defense comes from Article 5 of the NATO agreement, which says an attack on one country is an attack on all. It's only been invoked once — after the Sept. 11 attacks.

Trump questioned Article 5 during his presidential campaign, but he reaffirmed his commitment to it last year.

But in this hypothetical example, there are a few points to keep in mind. Article 5 ensures the defense of an ally that is under attack, not of an ally initiating an attack. And it seems pretty unlikely that Montenegro could start World War III. The country is smaller than the state of Connecticut, with a population about the same size as Oklahoma City's.