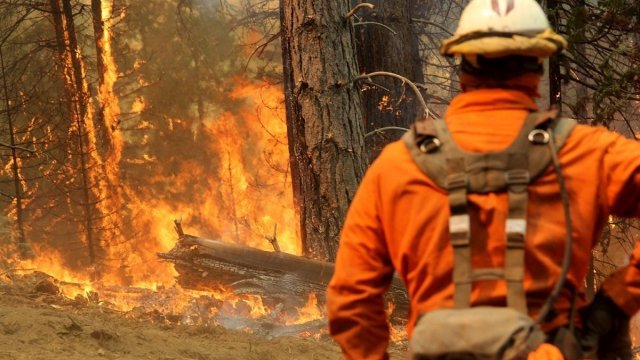 President Trump seems to think California doesn't have enough water to fight its current wildfires. But that's not the case.

On Twitter Sunday and Monday, the president claimed that California's "bad environmental laws ... aren't allowing massive amounts of readily available water to be properly utilized." He also claimed water is "foolishly being diverted into the Pacific Ocean."

As for the severity of the golden state's fire season, that's attributed to the warming climate, not environmental laws.

There is, however, a long-running debate in California over how much water should be diverted from Northern California to the drier, southern half of the state. But that doesn't have anything to do with fighting wildfires.