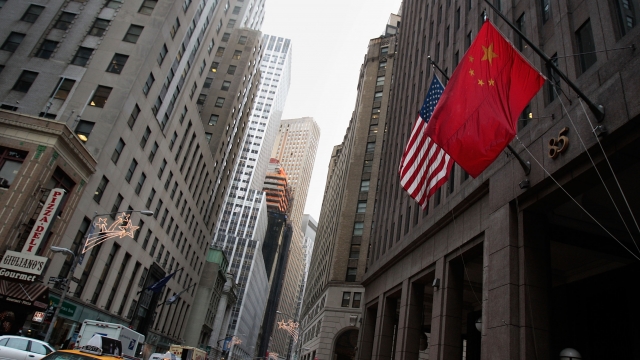 President Donald Trump announced tariffs on the rest of Chinese imports into the U.S.

In a tweet Thursday he said the U.S. will impose a 10% tariff on the remaining $300 billion in Chinese imports. The tariff will go into effect Sept. 1.

The U.S. is already enforcing a 25% tariff on $250 billion in Chinese goods. The U.S. imported about $560 billion in goods from China last year.

It's unlikely Apple and other major U.S. tech companies will be excluded from the tariffs. Last week, President Trump said he would not waive tariffs for Apple, telling the company it should make its parts in the U.S.

The new tariffs were announced a day after U.S. negotiators failed to strike a trade deal with Chinese officials during discussions in Shanghai.