Trump And Putin Will Talk About Election Meddling 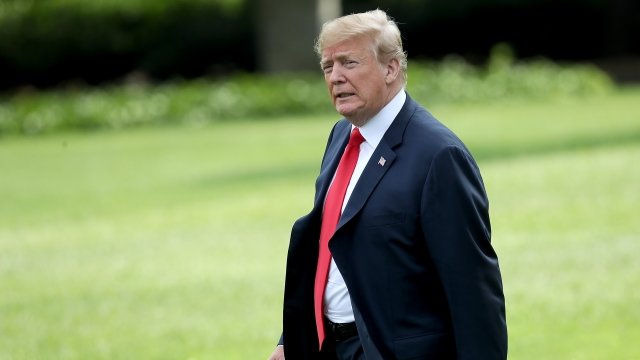 SMS
Trump And Putin Will Talk About Election Meddling
By Katherine Biek
By Katherine Biek
July 6, 2018
That's according to the U.S. ambassador to Russia, who also said the two leaders will meet one-on-one during their summit this month.
SHOW TRANSCRIPT

The U.S. ambassador to Russia told reporters Thursday that President Donald Trump will meet one-on-one with Russian President Vladimir Putin during their summit in Finland this month.

The two will reportedly talk about Syria, arms control, Russia's actions in Ukraine and election meddling.

Ambassador Jon M. Huntsman Jr. said: "The President hopes that a meeting can help reduce tensions. You can't solve problems if you're not talking about them."

Trump and Putin are scheduled to meet July 16. The two leaders have met on the sidelines of major world summits, but they haven't had a direct one-on-one sit-down like this before.