Trump And Putin Meet For The First Time As World Leaders 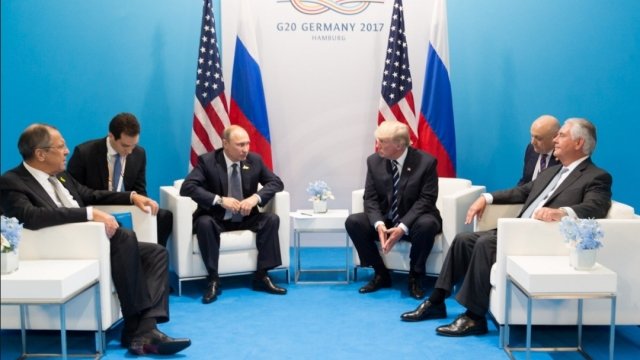 SMS
Trump And Putin Meet For The First Time As World Leaders
By Katherine Biek
By Katherine Biek
July 7, 2017
The two leaders posed for a quick photo op before heading behind closed doors for their meeting.
SHOW TRANSCRIPT

The Associated Press reports Trump spoke to Putin about Russian interference in the 2016 presidential election. Putin reportedly denied Russia interfered. Putin told Russian state media that he also discussed terrorism, cybersecurity and the situations in Ukraine and Syria with Trump.

The two are in Germany attending the annual G-20 summit, a meeting of leading rich and developing nations. Ahead of their sit-down, a video posted to the German government's Facebook page showed Trump and Putin shaking hands. 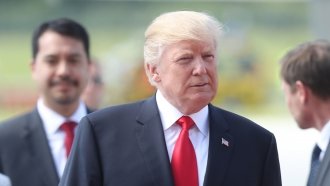 They posed for a quick photo op Friday before heading into the closed meeting.

"We look forward to a lot of very positive things happening for Russia and for the United States and for everybody concerned. And it's an honor to be with you," Trump said.

Trump and Putin's sit-down was originally scheduled to last half an hour. It ended up lasting roughly two hours and 15 minutes.