After Barcelona, Trump Plugs Fiction About Pershing And Pig's Blood 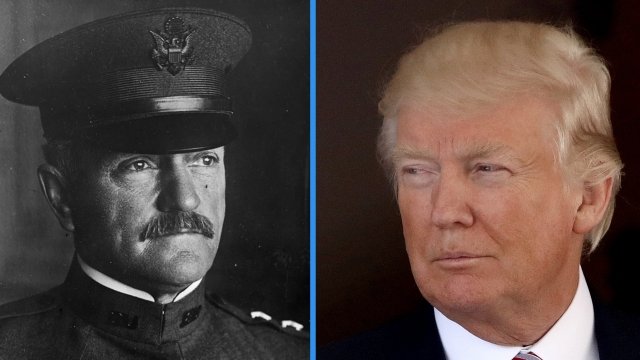 By Matt Picht
August 17, 2017
In the wake of a deadly attack in Barcelona, Trump tweeted that we should study an unsupported story about Gen. Pershing executing prisoners.
SHOW TRANSCRIPT

Authorities haven't said if a suspected terror attack in Barcelona, Spain, was motivated by Islamic extremism. But the attack still prompted President Trump to tweet out his prescription for dealing with radical Islamic terror: "Study what General Pershing ... did."

Trump's referring to an apocryphal tale about U.S. Gen. John J. Pershing. According to the stories, Pershing put down a militant Muslim group in the Philippines by executing its members with bullets dipped in pig's blood. Supposedly, the Islamic prohibition against pork frightened the other militants into submission.

Trump trotted out the canard several times on the campaign trail:

"You'll take a look at Gen. Pershing in 1919 in the Philippines, how he stopped terrorism." 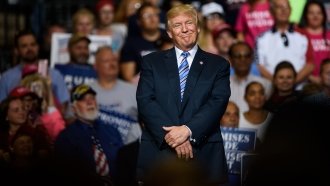 Like most apocryphal stories, the tale about Gen. Pershing isn't supported by facts. The closest historical analogue comes from a 1927 Chicago Daily Tribune article, which claims Pershing sprinkled pig's blood on Muslim captives before letting them go.

Snopes, which has declared the story false, also notes Pershing was generally careful to avoid inciting religious extremism during his campaign against the militants and tried to avoid unnecessary bloodshed.

But the idea of using pig-infused weapons to combat Islamic extremism has stuck around anyway — an anti-Muslim militant group in Texas reportedly trains with bullets dipped in pig's blood.