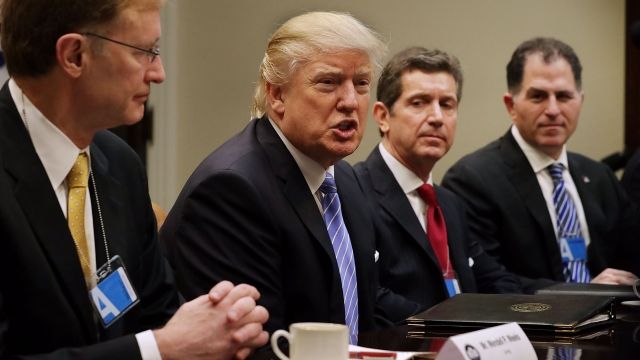 SMS
Trump Promises To 'Massively' Reduce Taxes, Regulations For Businesses
By Briana Koeneman
By Briana Koeneman
January 23, 2017
During a meeting with top business leaders, Trump pledged to cut taxes and regulations for businesses — as long as they keep their jobs in the U.S.
SHOW TRANSCRIPT

President Donald Trump has promised to "massively" reduce federal regulations and taxes for American manufacturing companies — so long as they keep their business in the U.S.

"We want to start making our products again. We don't want to bring them in. We want to make them here," Trump said.

During a meeting with several top business leaders, Trump renewed one of his biggest campaign promises: to bring the top corporate tax rate down from 35 percent to 15 or 20 percent.

He also said his administration will cut existing regulations on businesses by at least 75 percent. 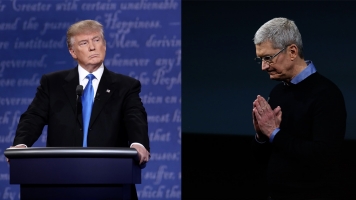 But according to Trump, businesses that choose to move jobs outside the U.S. will pay a price.

That wasn't the only campaign promise Trump moved forward with during his first full weekday as president.

Hours later, he signed a presidential action formally withdrawing the U.S. from the Trans-Pacific Partnership trade deal, which covers 40 percent of the world's economy.