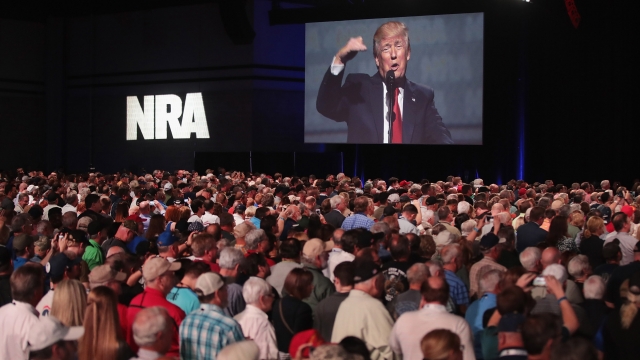 SMS
Trump Seeks To Reinvigorate His Base With A Speech At The NRA
By Grant Suneson
By Grant Suneson
April 28, 2017
President Trump emphasized the Second Amendment and border security in a speech to the NRA.
SHOW TRANSCRIPT

As his first 100 days draws to a close, President Donald Trump spoke to the National Rifle Association in Atlanta, firing up his base with a campaign-style speech.

"As your president, I will never, ever infringe on the right of people to keep and bear arms. Never, ever," Trump said.

Trump is seeking to frame a bumpy start in office as successful after his agenda had a string of setbacks in Congress and in the courts.

One thing he does have going for him is a big drop in illegal immigration. 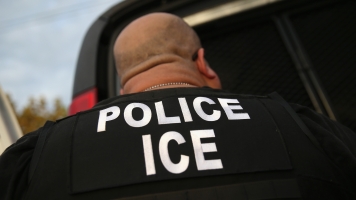 "We've already seen a 73 percent decrease, never happened before, in illegal immigration on the southern border since my election," Trump said.

The actual figure may not be quite that high, but since Election Day, there has been a sharp decline in people being apprehended at the U.S.-Mexico border, likely meaning fewer are trying to enter.

But funding for the centerpiece of his immigration policy, the so-called border wall, is still tied up in Congress. Despite the challenges, Trump says it's coming, no matter how much it costs.