Trump Promises To Leave Marijuana To The States 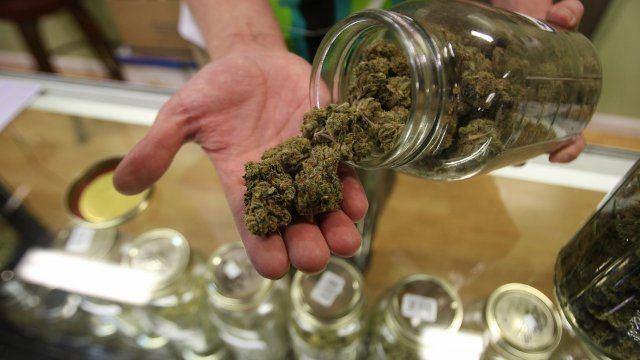 He struck a deal with Colorado Sen. Cory Gardner, ending their monthslong standoff. Since January, Gardner had been blocking Trump's Justice Department nominees.

The move came after Attorney General Jeff Sessions issued a memo reversing guidance from the Obama administration that said not to interfere with states that have passed laws legalizing marijuana. Gardner was furious and argued it violated states' rights.

Without consulting the DOJ, Trump went ahead and told Gardner that despite the memo, Colorado's marijuana industry will not be targeted.

Gardner said he'll lift all of the remaining holds on DOJ nominees. He said he's been working on bipartisan legislation with other senators that would protect marijuana-friendly states from federal government interference.