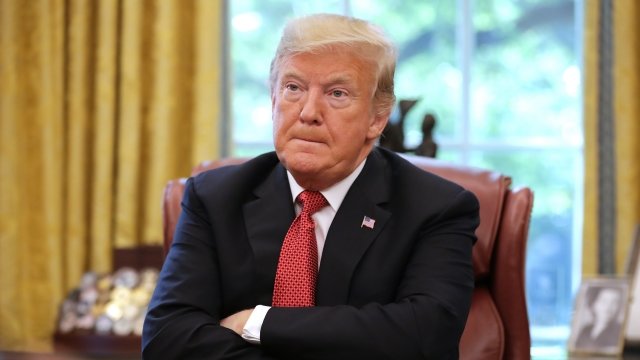 By Stephanie Liebergen
October 18, 2018
It seems President Trump is finally accepting the assumption that Jamal Khashoggi is dead.
SHOW TRANSCRIPT

While on his way to a Montana rally, President Donald Trump said Saudi journalist Jamal Khashoggi is probably dead.

This seems to be the first time Trump has accepted the assumption that Khashoggi was murdered. The journalist was last seen entering the Saudi consulate in Istanbul on Oct. 2. Since then, Trump's comments have been conservative and even protective of Saudi Arabia.

The president said he's waiting for the results of a few different investigations, but he said the consequences for whoever is deemed responsible will be "very severe."