After Fiery Rally, Trump Turns To The Military For Unity 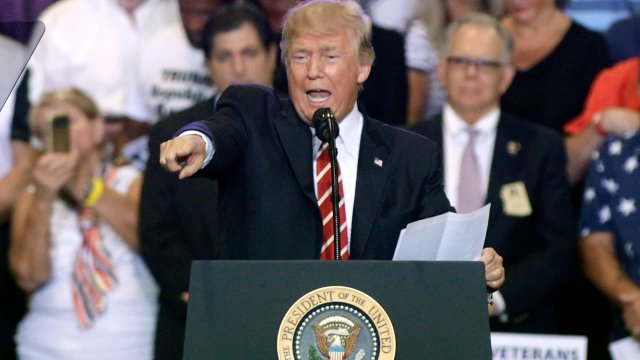 SMS
After Fiery Rally, Trump Turns To The Military For Unity

By Matt Picht
August 23, 2017
Trump held up the military as an example of American unity during a speech before the American Legion.
SHOW TRANSCRIPT

Shortly after whipping up his base in Phoenix, Arizona, President Donald Trump turned around and preached a message of unity to a crowd of veterans in Reno, Nevada.

While signing a veterans bill before an American Legion convention, Trump held up the military as an example of a unified country.

He said: "Those who wear the nation's uniform come from all different backgrounds and from every single walk of life, but they are all united by shared values and a shared sense of duty."

The military has been a uniquely unifying topic for Trump — several of the most significant bills he has signed have been bipartisan veterans affairs bills. 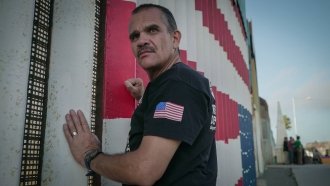 But Trump could find it harder to build unity outside of that issue. His suggestion to shut down the government unless Congress funds a border wall was met with skepticism from GOP leaders.

And Trump still has to convince voters that he can unify America. A recent Quinnipiac Poll found 62 percent of voters think Trump is doing more to divide the country than he is to unite it.