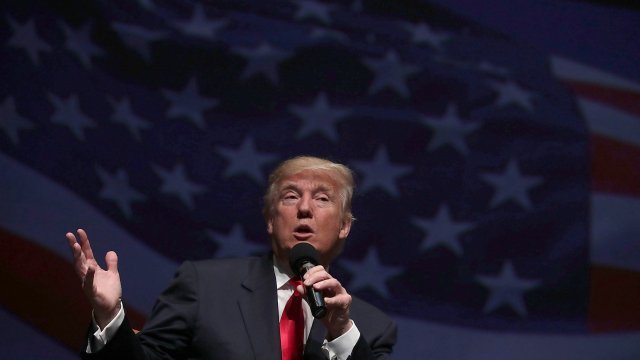 President Donald Trump was tough on critics of his immigration policies Monday at a speech meant to salute immigration enforcement officials.

He referred to some Democrats as "open-border extremists" and "people that don't mind crime."

Trump said the faction of the Democratic Party that wants to abolish ICE wants to "abolish America's borders."

Trump has also threatened to shut down the government unless lawmakers agreed to fund a wall at the U.S.-Mexico border.

Trump called members of his audience, many of them ICE agents or Customs and Border Protection officers, "great patriots" and "heroes."

After the event, Trump asked state and local leaders to publicly express support for ICE and CBP officers through various means including letters, public statements, op-eds, resolutions and events.