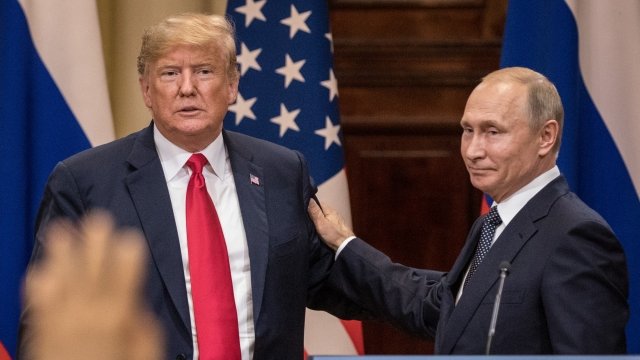 President Donald Trump is postponing a planned meeting with Russian President Vladimir Putin that was expected to happen this fall.

Trump's national security adviser John Bolton said Wednesday, "The President believes that the next bilateral meeting with President Putin should take place after the Russia witch hunt is over, so we've agreed that it will be after the first of the year."

Bolton's statement seems to cite the ongoing Russia investigation as the reason for the delay, but it also comes amid backlash from those opposed to the meeting, including Republican leaders.

House Speaker Paul Ryan said if Putin visited D.C., Ryan wouldn't invite him to speak before Congress because "that is something we reserve for allies."

And Senate Majority Leader Mitch McConnell said Putin would not be welcome at the Capitol.

Trump and Putin met in Helsinki, Finland, earlier this month.