Trump Pledges Not To Run As A Third-Party Candidate 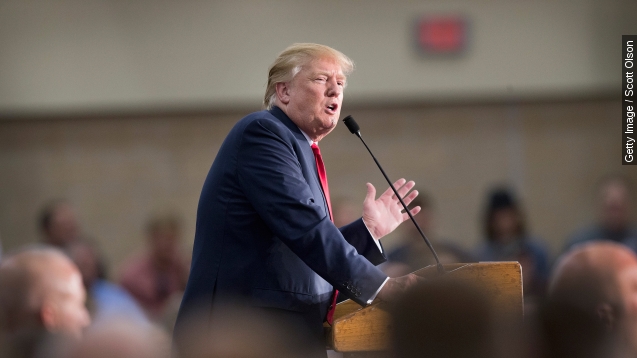 Donald Trump has officially pledged not to run for president as a third-party candidate. (Video via Washington Post)

Politico reports the first draft of the pledge said: "I will endorse the 2016 Republican presidential nominee regardless of who it is. ... I will not seek to run as an independent or write-in candidate."

In the first GOP debate earlier this year, Trump refused to rule out the possibility of running as a third-party candidate, a move many Republicans fear could pull votes away from the eventual nominee if it's not Trump. (video via Fox News)

By signing the pledge, Trump will be assured support from the other Republican candidates if he is the nominee.

And some states, like South Carolina, want to require candidates to pledge support to the Republican nominee if they want to be on the ballot. Trump's pledge helps ensure he'll be on the ballot.