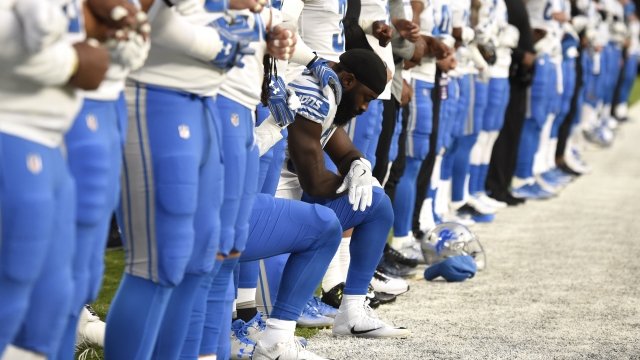 President Donald Trump was making a point about players kneeling during the national anthem when he made the claim.

In another attack on NFL players earlier this month, President Donald Trump claimed most of the money from NFL games goes to the players.

The president was making a larger point about players being disrespectful when they kneel during the national anthem.

He said: "A football game, that fans are paying soooo much money to watch and enjoy, is no place to protest. Most of that money goes to the players anyway."

The current collective bargaining agreement between NFL owners and players says the player share of money has to average at least 47 percent over a 10-year term. The NFL Players Association says the current players' share is 48.5 percent.

So it's not much less than 50 percent, but by the definition of "most," it's not accurate to say NFL players make "most" of the money from NFL games.