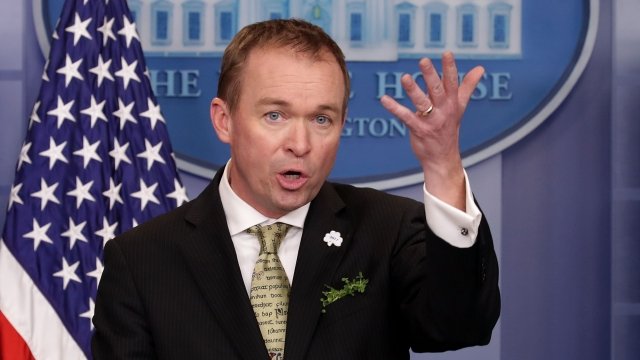 By Stephanie Liebergen
December 14, 2018
Chief of Staff John Kelly will leave his post at the end of the year, and it looks like President Trump is having a hard time finding a replacement.
SHOW TRANSCRIPT

In a tweet Friday evening, Trump said his current director of the Office of Managment and Budget will step in as his acting chief of staff. The word acting in that announcement is key.

Kelly's departure from the White House was a long time coming, but it seems like Trump has had a hard time finding his replacement.

A few people rumored to be on the short list have publicly taken themselves out of the running, including Vice President Mike Pence's Chief of Staff Nick Ayers and former New Jersey Gov. Chris Christie.

Kelly is set to leave his post at the end of the year. It's unclear how long Mulvaney will fill the role.