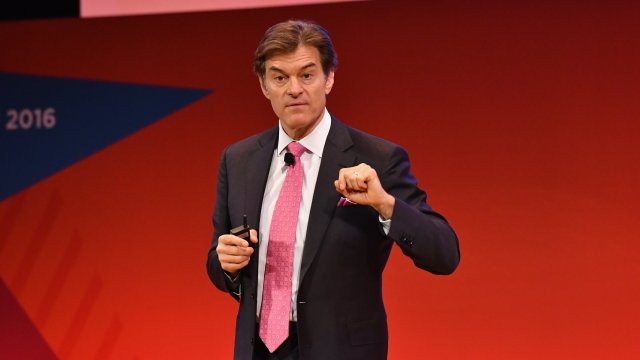 On Friday, the Trump administration announced a list of people who will work on the President's Council on Sports, Fitness and Nutrition. And one of those choices is raising eyebrows.

The most controversial decision seems to be the selection of Dr. Mehmet Oz to be one of the council's 20 members.

The TV-show doctor has been widely criticized for promoting "miracle" treatments that aren't backed by science. And he's even been pulled in front of Congress to testify about the validity of the claims made on his show.

This council has been around since the 1950s. And to be fair, previous presidents have also named celebrities to it, presumably to draw attention to its work and encourage Americans to live a healthy lifestyle.