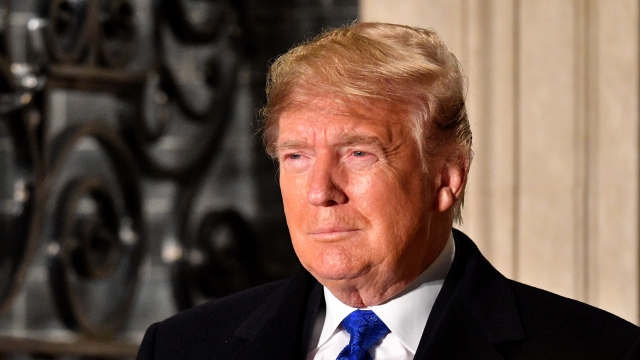 President Donald Trump's personal attorneys have formally asked the U.S. Supreme Court to take up a case regarding his tax returns.

It's the president's final attempt at keeping his tax returns a secret. The Supreme Court issued a temporary stay last month blocking his longtime accounting firm, Mazars USA, from sharing years worth of his tax information with the House oversight committee. The committee subpoenaed the firm in April.

The president's legal team argues the subpoena is invalid because the committee's investigation of the president "lacks a legitimate legislative purpose."

This is the second case dealing with President Trump's financial records to reach the Supreme Court in recent weeks. On Nov. 14, the president asked the high court to weigh in on a case filed by Manhattan District Attorney Cyrus Vance. The DA is seeking eight years of the president's personal and business tax returns as part of an investigation into the payments allegedly made on the president's behalf to Stormy Daniels.

It's unclear when the Supreme Court will decide whether or not to hear either of these cases.