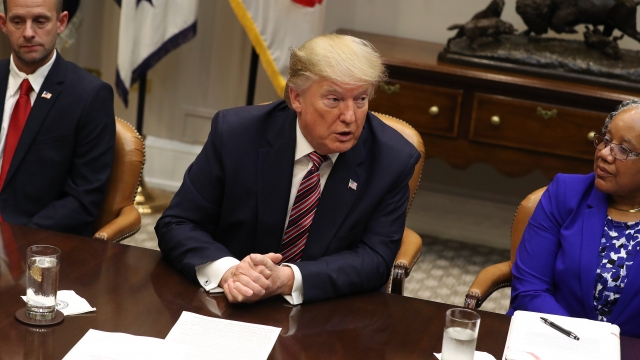 SMS
Trump Pays $2M To Charities To Settle Foundation Lawsuit
By Katherine Biek
By Katherine Biek
December 11, 2019
The president has complied with an order to pay $2 million in damages for misusing funds from his charity to help fund his 2016 campaign.
SHOW TRANSCRIPT

President Donald Trump has complied with an order to pay $2 million in damages for misusing funds from his charity to help fund his 2016 campaign.

New York Attorney General Letitia James announced Tuesday that the president had made payments to eight different charities, as required by a judge.

James' predecessor filed a lawsuit against President Trump, his three oldest children and the Donald J. Trump Foundation in 2018. The suit alleged the president and his family used the foundation for unlawful political coordination with his 2016 campaign and self-deal transactions to benefit his personal and business interests.

As part of the settlement, President Trump admitted to misusing the foundation's funds. He also dissolved the charity and split its remaining assets among the eight nonprofits that were picked by the New York attorney general's office.

Altogether, the eight nonprofits received just over $476,000 each.