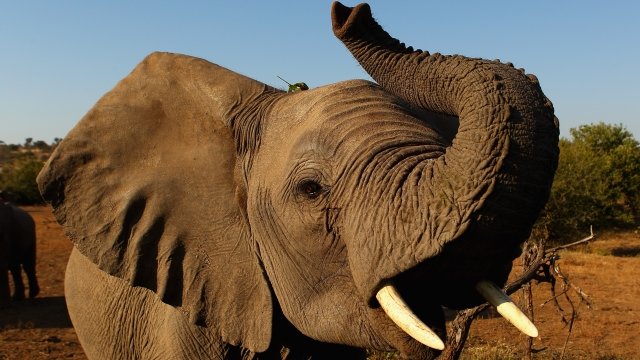 Trophies from legally hunted elephants in Zimbabwe and Zambia won't be allowed into the U.S. — at least, not yet.

President Donald Trump tweeted Friday evening that he would put the decision on hold while he reviews conservation facts.

The U.S. Fish and Wildlife Service confirmed Wednesday it would reverse an Obama-era ban on importing elephant hunting trophies from the two African countries.

The department said the move was designed to help conservation. In a statement, it said allowing sport hunting as part of regulated program could be an incentive for local governments to put money toward species preservation. 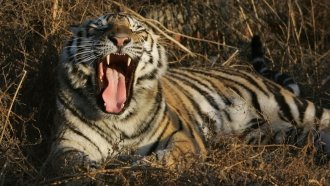 Tigers Are Returning To A Country Where They Were Once Extinct

The decision was applauded by some hunting and gun rights groups but met with outrage from animal rights advocates.

The pause on certain elephant trophy imports comes around the same time as another controversial Fish and Wildlife decision: ABC News reports the service began issuing permits to import trophies from African lions hunted in Zambia and Zimbabwe last month.

FWS started protecting African and Indian lions under the Endangered Species Act in 2016 due to declines in population — they've reportedly dwindled by 43 percent in the last 20 years.

But ABC says the Trump administration decided to issue permits after determining that regulated hunting would help preserve the endangered species.