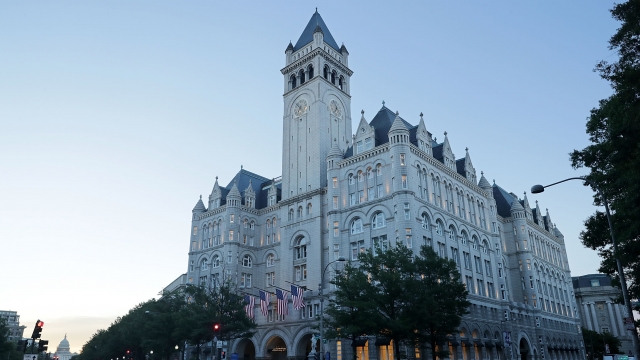 The Trump Organization is considering selling its hotel in Washington, D.C., over repeated allegations that President Donald Trump is profiting off his presidency.

The president's son Eric Trump told The Wall Street Journal the organization has hired a real-estate firm to market the rights to the Trump International Hotel. The Trump family doesn't actually own the hotel but leases the Old Post Office building from the federal government. Eric Trump said, "Since we opened our doors, we have received tremendous interest in this hotel, and as real-estate developers, we are always willing to explore our options."

The asking price has not yet been made public, but people familiar with the matter told the Journal "the company is hoping to fetch more than $500 million for the lease rights." According to President Trump's personal financial reports, he's made more than $80 million from the property since taking office.

Several lawsuits have been filed accusing the president of violating both the foreign and domestic emoluments clauses of the Constitution, which bans presidents from accepting gifts or perks from foreign or domestic states without permission from Congress. Although President Trump resigned from a formal position and put his sons in charge of the hotel once he was elected, he still owns the company that runs the hotel, which has hosted both foreign and state leaders since.

Earlier this month, a federal appeals court agreed to rehear arguments from a 2017 emoluments case filed by the attorneys general from Maryland and the District of Columbia.