The Trump Organization Might Not Be Abiding By The Constitution 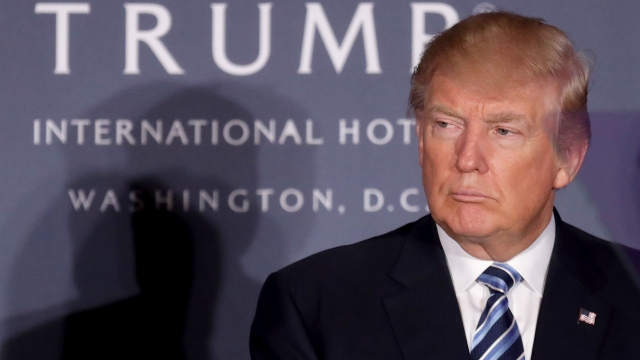 Some members of Congress worry the Trump Organization isn't abiding by the U.S. Constitution — at least part of it.

In March, the company announced it would donate all the money it gets from foreign governments — like the money it gets if an official stays at a Trump hotel — to the U.S. Treasury to avoid violating the emoluments clause.

The clause states the U.S. government and those in office can't accept payments or other gifts from foreign governments.

Then in April, the House Oversight Committee requested information on the company's process for identifying and collecting foreign payments.

Now the Trump Organization says it's "not practical" to actually implement an extensive identification policy.

The company says it will set aside money from customers who make it known that they're representing a foreign government. But it won't go to extensive lengths to identify all of its guests and foreign profits.

It also said managers would "estimate," rather than specifically calculate, how much money the Treasury should get.

Members of the Oversight Committee aren't thrilled with the Trump Organization's response.

Rep. Elijah Cummings points out it would be relatively easy for the Russian government, or others, to funnel money through the various Trump properties under unofficial titles.

Cummings says the solution now is either for the organization to figure out another way to track payments, or for President Donald Trump to completely divest from his businesses.