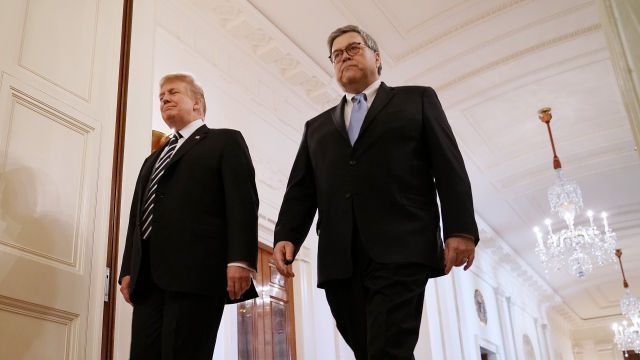 In a memorandum issued Thursday, the president directed the heads of each agency to "promptly provide" information that's requested by Barr. President Trump also gave Barr the authority to declassify information related to the investigation.

Barr told a Senate committee back in April that he believed "spying did occur" on the Trump campaign by U.S. intelligence in 2016 noting, "The question is whether it was adequately predicated."

He's since tapped U.S. Attorney John Durham of Connecticut to assist him with his review. As Newsy previously reported, the two will be looking into whether the government's intelligence gathering on the Trump campaign was legal.

The chairman of the House Intelligence Committee, Democratic Rep. Adam Schiff criticized President Trump's order as "un-American," alleging that he "and Barr conspire to weaponize law enforcement and classified information against their political enemies."

According to the White House, President Trump made the memorandum at the request of the attorney general.