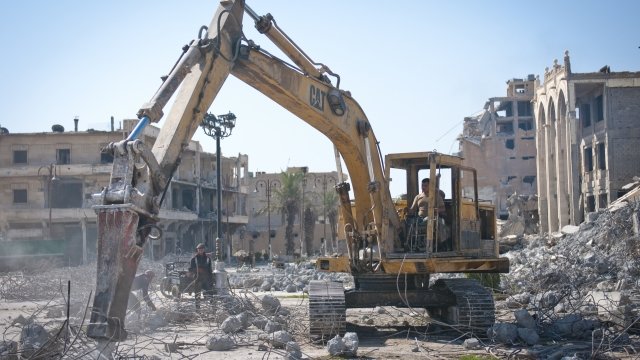 The Wall Street Journal was first to report the president's order. The State Department spent $200 million in Syria last year doing things like restoring water and electricity, removing unexploded bombs and repairing other infrastructure like schools and hospitals. Another $225 million was designated for that effort earlier this year.

Officials at the Pentagon worry a recent lull in fighting against ISIS could give what remains of the group a chance to re-establish itself in the region, pulling U.S. troops out could create a void that only enhances that potential.

Following Trump's public comments about leaving Syria and his subsequent order to withhold recovery funds, the State Department says the administration is reassessing its role in the yearslong civil war.