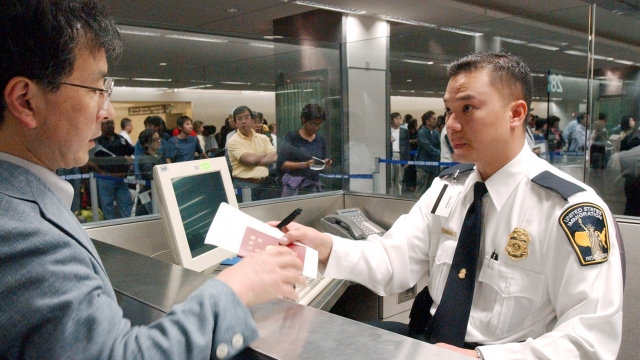 President Donald Trump wants to limit the number of foreigners in the U.S. who are overstaying their temporary visas.

In a presidential memorandum signed Monday, President Trump gave Secretary of State Mike Pompeo and other cabinet officials 120 days to come up with options to reduce nonimmigrant visa overstays. Options suggested in the memorandum include suspending entry for people from countries with high overstay rates or limiting the amount of time their citizens can spend in the U.S.

The memorandum orders officials to specifically look at nations that have overstay rates that are higher than 10 percent. Based on the most recent statistics provided by the Department of Homeland Security, this crackdown would primarily affect African countries like Chad, Nigeria, Djibouti, and Liberia.

The White House said in a statement that the number of overstays "is undermining the rule of law and straining resources that are needed to address the crisis at our southern border."

According to the DHS, more than 54 million people entered the U.S. on a temporary visa during fiscal year 2018. Roughly 1% of those – or more than 569,000 –  are believed to have remained after their visa expired.