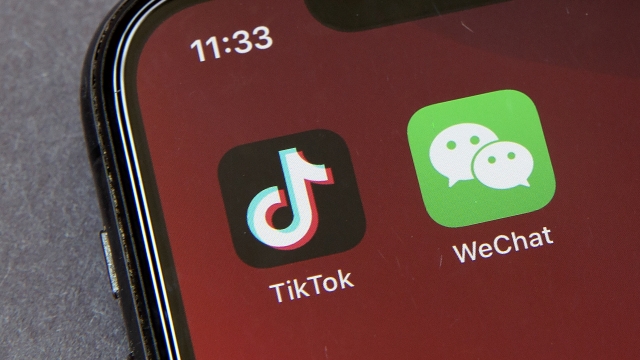 SMS
Trump Bars U.S. Firms From Doing Business With TikTok's Parent Company
By Katherine Biek
By Katherine Biek
August 7, 2020
President Donald Trump has followed through on his threat to ban the social media platform TikTok from operating in the U.S.
SHOW TRANSCRIPT

President Donald Trump has followed through on his threat to ban the social media platform TikTok from operating in the U.S.

He signed an executive order late Thursday, barring American companies from doing business with TikTok's Chinese parent company ByteDance. The order takes effect 45 days after the date it was issued.

The Associated Press says the executive order could effectively remove TikTok from the U.S. market, since companies like Apple and Google would not be able to sell the app in their app stores.

TikTok is extremely popular in the U.S. It amassed almost 185 million downloads in the country in the first half of 2020, making it the second-most downloaded app behind Zoom.

But the president has repeatedly expressed concerns that TikTok poses national security risks.

Microsoft is currently in talks to purchase TikTok's U.S. operations. It's said it would complete those discussions no later than Sept. 15.

Additional reporting by Tali Arbel of the Associated Press.