Trump: US Dollar 'Too Strong,' GOP Tax Overhaul 'Too Complicated' 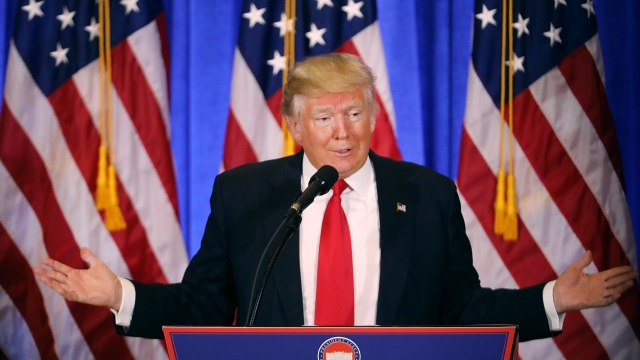 SMS
Trump: US Dollar 'Too Strong,' GOP Tax Overhaul 'Too Complicated'
By Jake Jones
By Jake Jones
January 17, 2017
Donald Trump says the US dollar is too strong to be competitive. He called a GOP tax plan that would make the dollar even stronger "too complicated."
SHOW TRANSCRIPT

President-elect Donald Trump is at odds with House Republicans. Again. This time, it's about taxes and how strong the dollar should be.

In an interview with the Wall Street Journal, Trump said the U.S. dollar was "too strong" to be competitive, and a GOP tax plan that would make it even stronger was "too complicated."

Specifically, he was referring to a 20 percent tax on imports, which is the party's alternative to Trump's "big border tax" of 35 percent.

The "border adjustment" measure would set the corporate tax rate at 20 percent for imports, while exports would be exempt.

If put in place, the GOP's plan would likely drive up the value of the dollar, making American products more expensive for foreign consumers. 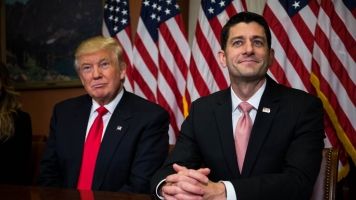 Trump seems to prefer keeping the dollar's value low, just like one of his favorite targets.

"They're devaluing like grand chess masters. China is the best of all. China is killing us, folks," he said in February 2016.

The U.S. has flirted with calling out China's currency manipulation for years but hasn't actually done anything about it since the 1990s.

Right now, China is actually working to prop up its currency and keep it from falling further. Weak currencies are good for exporters, but not so great for confidence in a country's economy.