Trump On Citizenship Path: 'It's Gonna Happen At Some Point' 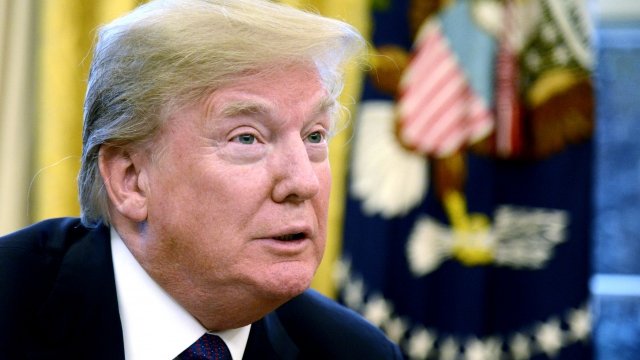 President Donald Trump seemed open to the idea of giving undocumented immigrants a path to citizenship, albeit a long path.

Trump told reporters, "It's gonna happen at some point in the future, over a period of 10-12 years." However, Bloomberg reports an administration official said the path to citizenship was not part of a proposed deal just yet, but simply a discussion point.

Democrats want protections for some 800,000 immigrants brought to the U.S. illegally as children. Republicans want funding for a border wall and an end to the visa lottery program as well as familial preferences in immigration.

The immigration dispute in part led to a three-day government shutdown over the weekend. Both parties agreed to pass a bill to fund the government through Feb. 8.

The White House says it will release a "legislative framework" for an immigration deal on Monday.