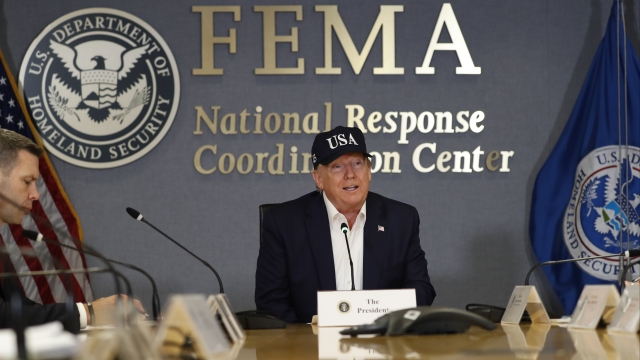 President Donald Trump has freed up federal aid for New York by declaring it a major disaster area for the coronavirus. FEMA announced the approval Friday.

Johns Hopkins reports New York has some 8,500 confirmed cases of the virus — the most of any U.S. state, and more than all but eight countries. Forty-six New Yorkers have died. The disaster declaration will provide $42 billion in federal emergency aid to supplement local recovery efforts. It also allows federal funding to be used to provide crisis counseling for people affected by the outbreak.

President Donald Trump declared a national emergency earlier this month, which allows FEMA to step in nationally and gives access to to federal funding.

FEMA Administrator Peter Gaynor said at a press conference Saturday, "Like all emergencies, response is most successful when it is locally executed, state managed and federally supported. We can't say that enough."

Gaynor told "CBS This Morning" on Friday that he has "every single federal agency" at his disposal to fight the pandemic. He said "there's nothing in [his] way from coordinating" the emergency response.