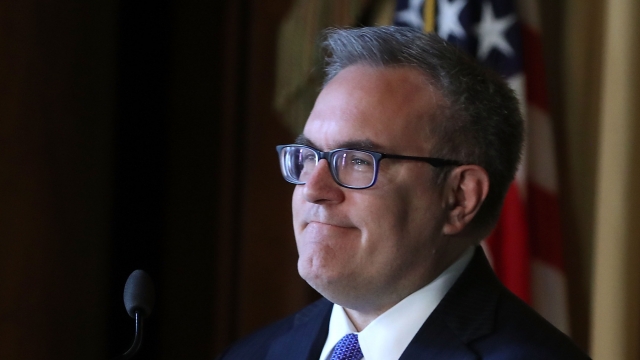 His nomination comes as no surprise. In November, President Trump announced his intention to nominate Wheeler as the agency's permanent chief.

Wheeler was already temporarily leading the EPA after the agency's former head, Scott Pruitt, resigned amid multiple investigations into his spending and ethics.

As Newsy has previously reported, Wheeler will more than likely follow in Pruitt's footsteps and continue to slash EPA regulations.

During his time as acting head, Wheeler has proposed rolling back power plant pollution limits and protections for certain waterways as well as weakening automobile emissions standards.

Wheeler said in a statement that he was honored to be nominated. He said, "For me, there is no greater responsibility than protecting human health and the environment, and I look forward to carrying out this essential task on behalf of the American public."

Wheeler will now have to pass a Senate confirmation vote before officially taking over.