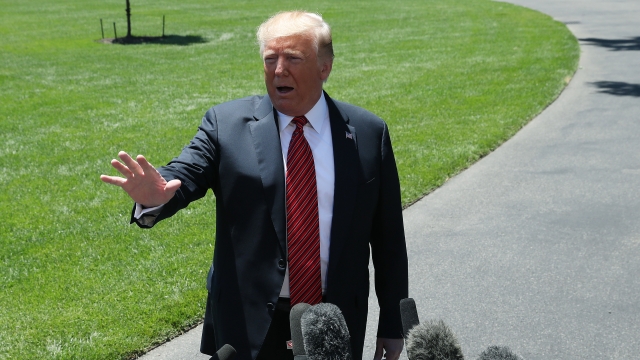 "I stand before you to officially launch my campaign for a second term as President of the United States," President Trump said.

Hundreds of supporters camped outside the 20,000-seat arena on Monday in hopes of snatching a coveted seat inside for the president's announcement.

"We did it once and now we will do it again — and this time we're going to finish the job," Trump said.

President Trump's rally comes more than two years after he first returned to the campaign trail in early 2017 with a rally at Orlando-Melbourne International Airport. President Trump narrowly carried the state of Florida in 2016.

President Trump's already gotten a head start on fundraising for his reelection campaign. As of April, donations raised by both his campaign and the Republican National Committee totaled $82 million — far exceeding the fundraising efforts of any Democratic presidential candidate.