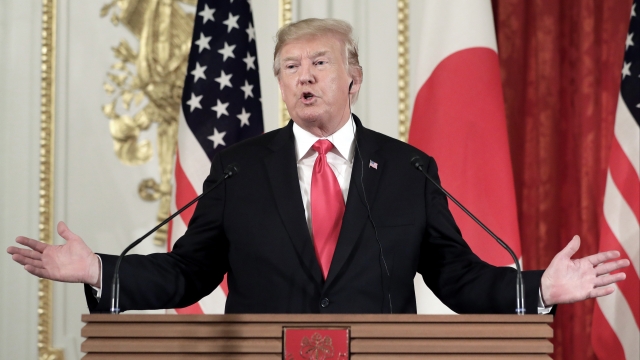 By Katherine Biek
May 27, 2019
The president also told reporters Monday that he does not believe the recent missile launches violated United Nations resolutions.
SHOW TRANSCRIPT

President Trump's downplayed the May 9 missile tests before, previously describing them to Politico as "very standard."

Some analysts think North Korea fired the missiles partly to pressure the Trump administration to come back to denuclearization talks. But North Korean officials expect the U.S. to move away from its demand for "unilateral disarmament" before that happens.

"My people think it could have been a violation, as you know. I view it different," the president said.

He was most likely referring to U.S. national security adviser John Bolton, who said on Saturday that there was "no doubt" that the tests were a violation.