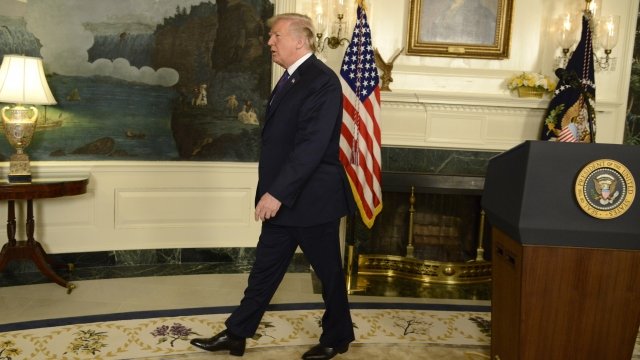 SMS
Trump Not Attending Barbara Bush Funeral To 'Avoid Disruptions'
By Katherine Biek
By Katherine Biek
April 20, 2018
The White House says Trump won't attend the funeral so that security doesn't disturb anything and "out of respect for the Bush Family and friends."
SHOW TRANSCRIPT

President Donald Trump won't be at the funeral for former first lady Barbara Bush on Saturday.

The White House says that's so Trump's security doesn't disturb anything and that it's "out of respect for the Bush Family and friends." But first lady Melania Trump plans to be there. 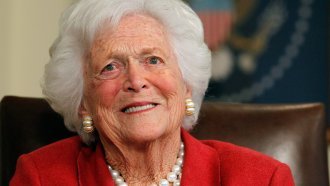 Barbara Bush, who was the wife of former President George H.W. Bush, died Tuesday at the age of 92.

Her funeral on Saturday in Houston is a private event. A public visitation is Friday.