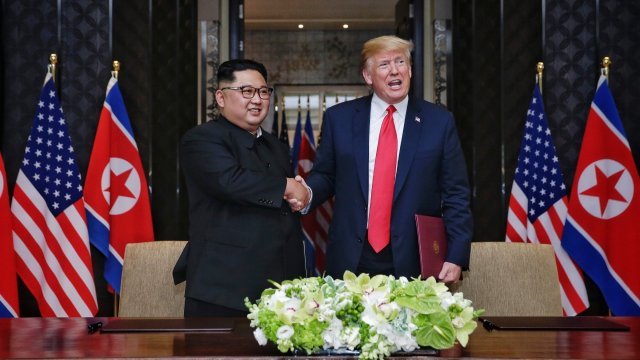 In an interview with Fox News on Friday morning, Trump said: "They are already starting to produce the remains of these great young soldiers who were left in North Korea. We're getting the remains, and nobody thought that was possible."

The decision to repatriate the remains of U.S. soldiers was announced at the summit in Singapore.

According to Defense Department officials, about 7,700 U.S. military personnel are still unaccounted for from the Korean War.