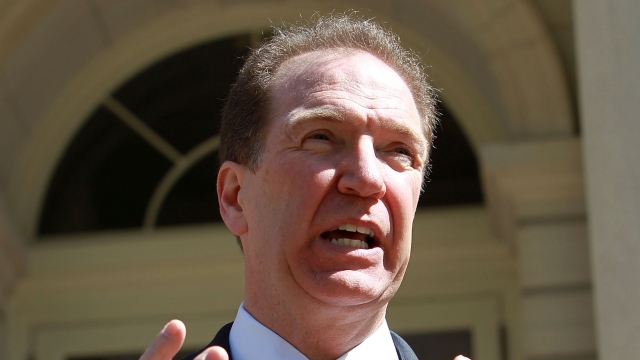 President Donald Trump has nominated David Malpass to be the new head of the World Bank.

Malpass is currently the undersecretary for international affairs at the U.S. Treasury. He's also a known critic of the World Bank and its practices, particularly its relationship with Beijing. In 2017, at a forum of the Council of Foreign Relations, Malpass criticized the bank's loans to China, saying the country was economically viable enough that it didn't need so much from the organization.

The World Bank's former head, Jim Yong Kim, announced his resignation in January and stepped down before his term had ended. The search for his replacement was led by U.S. Treasury Secretary Steven Mnuchin and assisted by Ivanka Trump, with whom Kim had a close working relationship.

As a courtesy, the World Bank's leader has been chosen by the U.S.' president since the bank was founded.