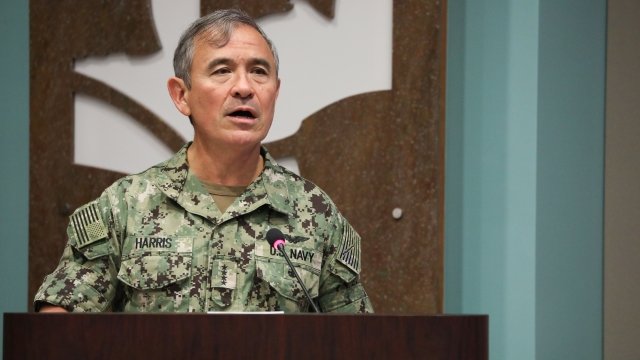 Harris is currently the commander of U.S. Pacific Command but is set to retire this month. Trump originally nominated him as ambassador to Australia, but his confirmation hearing was postponed. Secretary of State Mike Pompeo reportedly wanted Harris in this new role.

A Harvard and Georgetown graduate, Harris has served in "every geographic combatant command region" and held seven command assignments in his 40-year career, according to the White House.

A highly decorated officer, Harris has voiced criticism of China's military expansion into the South China Sea. But he says North Korea is the biggest threat to the region.