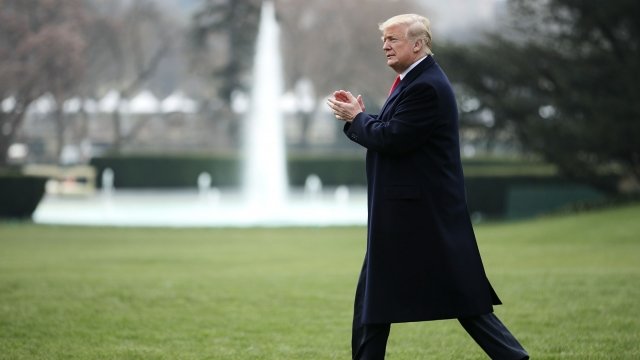 SMS
Trump No Longer Traveling To South America
By Katherine Biek
By Katherine Biek
April 10, 2018
The White House announced the president will instead stay in the U.S. to monitor the situation in Syria.
SHOW TRANSCRIPT

President Donald Trump is no longer heading to South America this weekend.

The White House announced Tuesday Trump's trip to Peru and Colombia has been canceled. Instead, he's remaining stateside to focus on the U.S. response to a suspected chemical attack in Syria.

On Monday, Trump said he'd decide what that response is within 48 hours.

The trip was going to be Trump's first visit to South America as president. He was scheduled to attend the Summit of the Americas in Lima, Peru. Vice President Mike Pence is now slated to attend in his place.