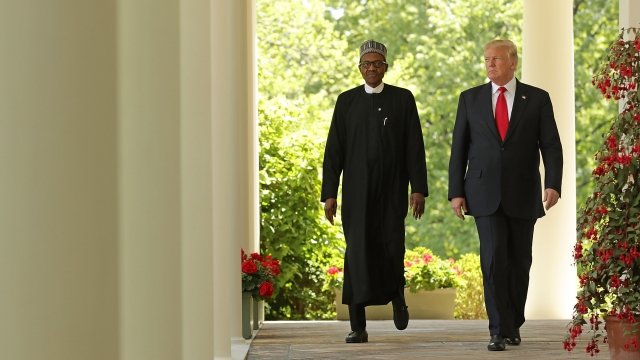 For the first time since President Donald Trump allegedly used a vulgar slur to describe some African nations, Trump hosted an African leader at the White House. And that reported comment didn't come up.

"I'm very careful about what the press says about others and myself. I'm not sure about the validity of whether that allegation against the president was true or not. So the best thing for me is to keep quiet," Nigerian President Muhammadu Buhari said.

"We didn't discuss it. And you do have some countries that are in very bad shape and very tough places to live in," Trump responded.

This wasn't Trump's first face-to-face with an African leader since he allegedly used the word "shithole" to describe some African nations in January.

Just two weeks later, he met with the president of Rwanda in Davos, Switzerland. But the comment wasn't discussed in that meeting, either.

Trump and Buhari did discuss trade and combating terrorism.