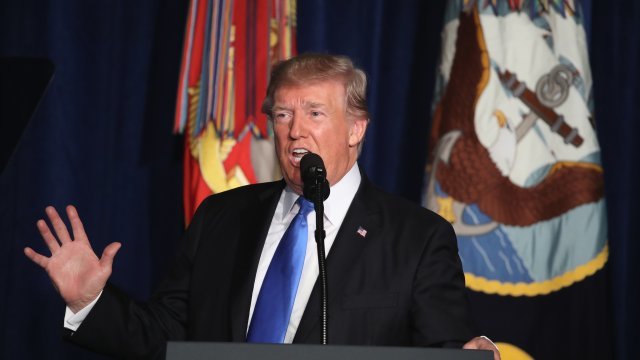 Secretary of State Rex Tillerson told reporters the White House viewed cooperation from India and Pakistan as necessary to ending the fight in Afghanistan.

"This is a regional approach, and part of why this effort took as long as it did is we chose not to just focus on Afghanistan," Tillerson said.

Tillerson said the U.S. would up the pressure on Pakistan to stop housing the terrorist networks that are fueling the war in Afghanistan. Pakistan has suffered plenty of severe domestic terrorist attacks as well; Tillerson said cooperating with the U.S. could help stem those attacks. 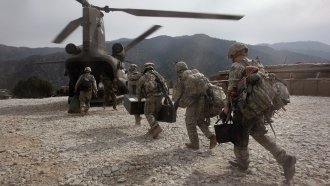 India, on the other hand, is already pouring billions of dollars into propping up the Afghanistan government. But Trump wants India to do more on that front and is threatening its trade with the U.S. if it doesn't.

"India makes billions of dollars in trade with the United States. And we want them to help us more with Afghanistan, especially in the area of economic assistance," Trump said.

It will be tough to work with the two rival nations on Afghanistan. Trump's embrace of India is already turning off Pakistani officials who accuse India of funding militants who carry out terrorism in Pakistan.

But according to Tillerson, working with nearby nations like this is something the U.S. needs to get more in the habit of doing.

Tillerson said: "I think too often we try to distill these challenges down to where it's just the U.S. and some other country, and only between the two of us can we solve it. We have to enlarge the circle."