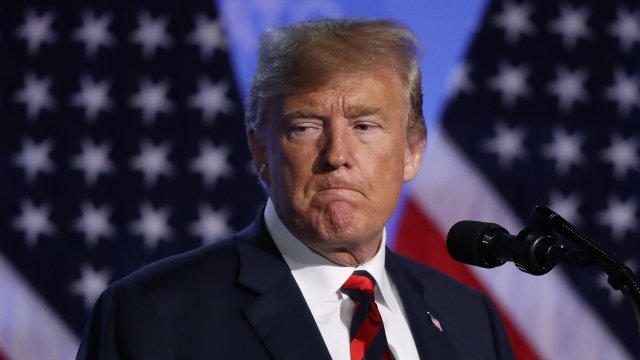 Speaking at a press conference in Brussels on Thursday, Trump said NATO members agreed to spend 2 percent of their GDP on defense by 2024. Members made that pledge in 2014, but Trump says some countries have agreed to reach that number sooner.

French President Emmanuel Macron denied that, however, saying the goal was the same as the 2014 agreement: for all NATO countries to reach 2 percent defense spending by 2024.

The issue has been a major point of contention between the U.S. and other NATO countries. The alliance was in an emergency session earlier Thursday following President Trump's demand that the other countries up their contribution.

On Wednesday, the president floated the idea that NATO members should spend 4 percent of their GDP on defense. But at the press conference Thursday, he said the alliance would talk about higher contributions after everyone reached the 2 percent defense spending.