President Trump Moves Closer To Creating A US Space Force 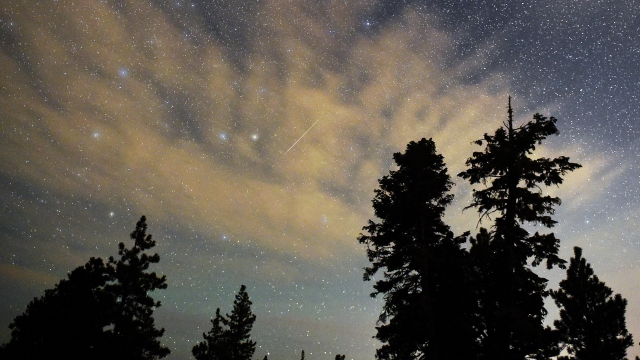 President Donald Trump signed a policy directive Tuesday to create the newest branch of the U.S. military – the Space Force.

The Trump administration has said its mission will be dedicated to defense in outer space.

"We're investing in new space capabilities to project military power and safeguard our nation's interests, especially when it comes to safety and defense," President Trump said.

President Trump first announced plans for the proposal last year. But the directive he signed differs a bit from his original vision.

It indicates that the Space Force will be under the umbrella of the U.S. Air Force, instead of a separate military department like the president called for earlier.

Still, creating a sixth branch of the U.S. Armed Services will require congressional approval, and some Democrats have expressed skepticism about the initiative.

In the past, lawmakers have pointed to the costs as a potential hurdle. A report obtained by media outlets last year estimated that a Space Force could cost close to $13 billion over five years, but subsequent reports have brought that price down a bit.

The administration is now expected to submit a formal proposal to Congress seeking authority and funding to establish the new branch.