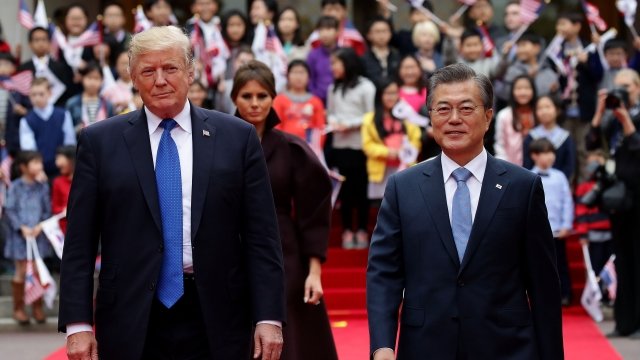 The Washington Post reports Trump sought the South Korean president's interpretation of the sudden shift in the North's position.

A meeting between Trump and North Korean leader Kim Jong-un is set for June 12 in Singapore, but last week, the North hinted it could cancel the summit if it continued to face pressure to denuclearize.

And North Korea outright canceled a planned meeting with the South amid a joint U.S.-South Korea military exercise. The North views the exercise as rehearsal for invasion.

Trump and Moon are expected to meet Tuesday at the White House to further prepare for the summit.