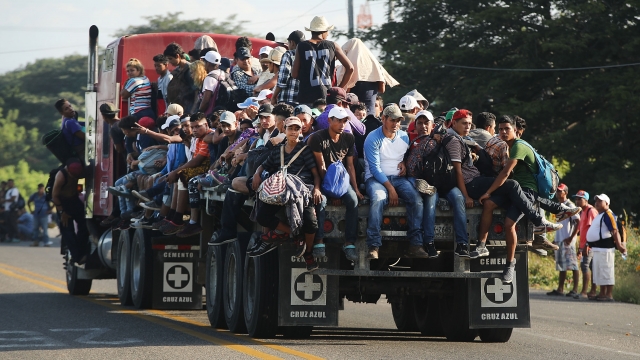 The president's tweet Friday afternoon confirmed a report from The Washington Post. That story cited unnamed officials at the Department of Homeland Security. It said White House officials first proposed the idea in November, when a migrant caravan from Central America was on its way to the U.S.-Mexico border.

According to the Washington Post, the White House brought up the idea again in February when President Trump and Democratic lawmakers were at odds over border wall funding.

In both cases, the idea was rejected, but according to President Trump's tweet, he is strongly considering it.

A White House official told The New York Times that the primary purpose of the idea was to come up with a way to deal with the migrants and not to punish Democrats. But the president's comment on Twitter appears to contradict that.

He said he was considering the idea "due to the fact that Democrats are unwilling to change our very dangerous immigration laws." He went on to write that "the Radical Left always seems to have an Open Borders, Open Arms policy – so this should make them very happy!"

It's also worth noting that once someone is in the U.S., traveling around the country is relatively easy. So it's hard to envision a program that releases immigrants into sanctuary cities and has the capability to guarantee they stay there.