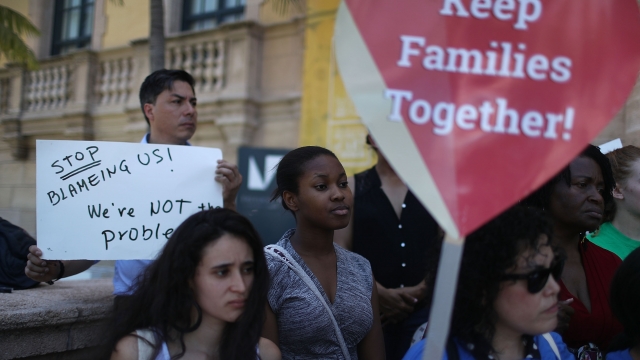 President Donald Trump has decided not to get rid of an Obama-era program that shields thousands of young immigrants from being deported — for now.

Turns out, President Donald Trump might have changed his mind about getting rid of the Obama-era program that shields thousands of immigrants from being deported — at least for now.

The Department of Homeland Security quietly announced Thursday it will continue the Deferred Action for Childhood Arrivals program, or DACA.

The program applies to undocumented immigrants who came to the U.S. under the age of 16 before June 15, 2012. Under the program, certain people can receive work permits and temporary protection from deportation.

According to the DHS website, DACA recipients "will continue to be eligible" for renewal, and "no work permits will be terminated prior to their current expiration dates."

And the ruling of one lawsuit could really clear up the concern.

Trump made his feelings on then-President Barack Obama's immigration efforts very clear while he was running for office.

"We will immediately terminate President Obama's two illegal executive amnesties, in which he defied federal law and the Constitution," Trump said during a campaign rally in Arizona.

But he seemed to change his tune after the election.

According to data from the Pew Research Center, more than 750,000 people have benefited from DACA since its creation.