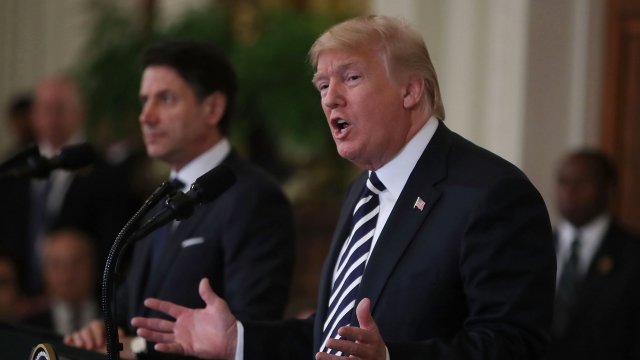 In a press conference Monday, President Donald Trump reiterated the sentiment of a tweet from the day before — he needs "border security" or he'll let the government shut down.

Immigration issues have been a sticking point throughout Trump's presidency. He's said he wants $25 billion for a southern border wall, but Monday the president said he "always leaves room for negotiation."

"I have no red line. ... I just want great border security," Trump said.

Government shutdowns typically happen when Congress can't pass a budget. The next budget deadline is Sept. 30.