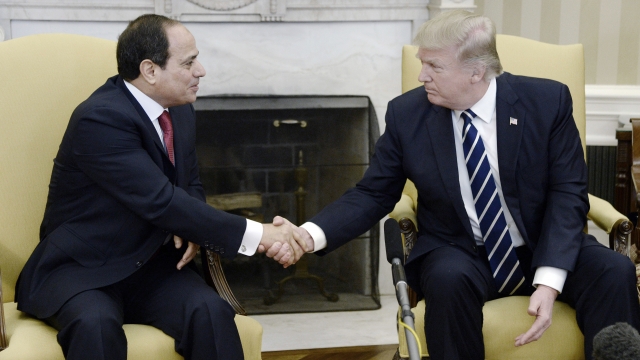 Egyptian President Abdel-Fattah el-Sisi made his first trip to the White House to meet with President Donald Trump.

Sisi has taken a hard line against all Islamists: His regime outlawed the Brotherhood and has targeted violent ISIS offshoots in the Sinai Peninsula.

That's led to protests, which have been violently shut down. Thousands of Sisi's political opponents have been killed and imprisoned.

Concerns about human rights violations led former President Obama to cut certain parts of Egypt's military funding. Although that funding was restored in 2015, violations continued to hamper the U.S.' relationship with Egypt throughout the Obama administration.

But that could all change with Trump, who reportedly wants Sisi's help fighting ISIS. The White House said it would raise issues with human rights violations in private. 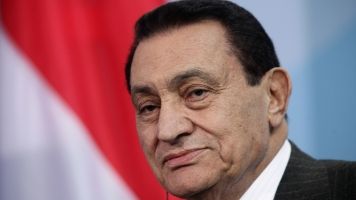 Ex-Egyptian President Hosni Mubarak Has Been Released From Custody

Sisi, in return, might be hoping Trump will reverse an Obama-era shift toward more restricted military funding for Egypt. That shift is scheduled to go into effect in fiscal year 2018.

The U.S. sends Egypt roughly $1.3 billion a year in military aid, plus economic aid in the hundreds of millions of dollars.