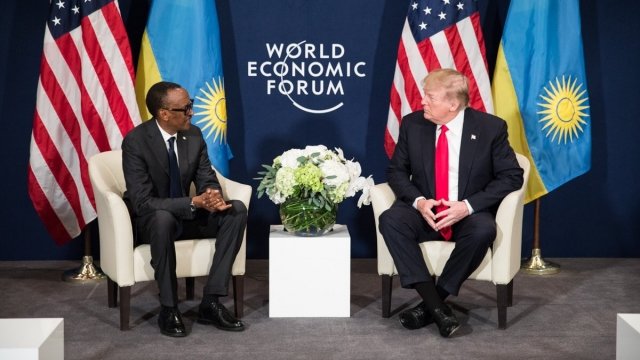 SMS
Trump Meets With Rwandan President After Alleged 'Shithole' Comment
By Briana Koeneman
By Briana Koeneman
January 26, 2018
One major point of contention wasn't brought up during their meeting — Trump's alleged use of the word "shithole" to describe some nations.
SHOW TRANSCRIPT

U.S. President Donald Trump met with the president of Rwanda on Friday — marking Trump's first face-to-face meeting with an African leader since his alleged vulgar comment about immigrants from some countries.

Both leaders are in Davos, Switzerland, for the World Economic Forum. Trump and Rwandan President Paul Kagame discussed bilateral relations between their two countries, as well as trade and the economy.

"We have had tremendous discussions on Rwanda, and the job they've done is absolutely terrific," Trump said. 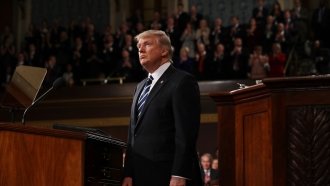 But Trump's alleged use of the word "shithole" to describe some nations, including African countries, wasn't brought up.

After Trump reportedly made the comment earlier this month, the African Union criticized it and called on him to apologize. Kagame is a chairman of the organization.

Trump later said his words were "tough" but claims he didn't use that specific language.