The U.S. And Pakistan Are At Odds Over Counterterrorism Efforts 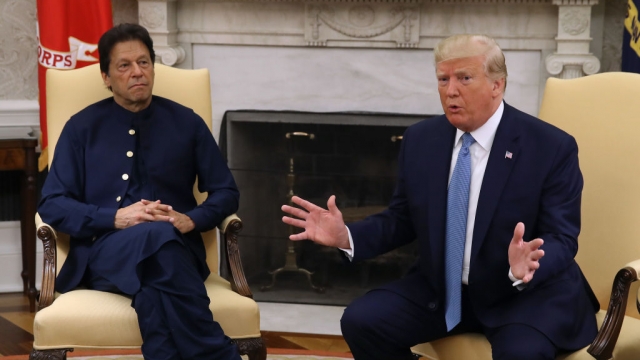 President Trump was all smiles during his meeting with Pakistani Prime Minister Imran Khan on Monday. But the U.S.' relationship with Pakistan is more strained than that would suggest.

Pakistan has positioned itself as a partner in U.S. counterterrorism efforts in Afghanistan — but the country is also a safe haven for several powerful terrorist groups, including the Taliban. U.S. officials have been growing frustrated with Pakistan's reluctance to clamp down on those groups.

President Trump has slashed aid to the country over the issue, but the White House can't level too much pressure against Pakistan. The U.S. campaign in Afghanistan relies on vital supply lines that run through Pakistan; cracking down on the country could jeopardize those routes.

Pakistan, for its part, is showing interest in resetting its troubled relationship with the U.S. — the country's struggling economy could benefit from more U.S. involvement.