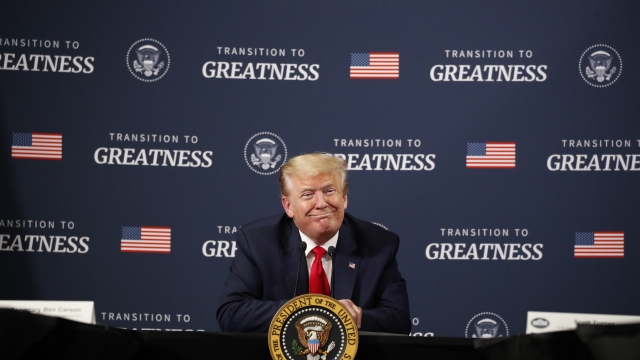 President Donald Trump spent most of his day on Thursday in Michigan speaking with members of the African American community before touring a Ford plant that had been repurposed to produce ventilators and personal protective equipment.

"It's been a very very difficult time for certain areas of this country, Detroit happens to be one of them," said President Donald Trump. "My administration is working relentlessly to rush supplies and resources to these communities and to protect the health, safety and economic opportunity of all African Americans and all Americans."

The president talked about the need for the country to reopen, and he also discussed his administration's priorities for the black community, including funding for historically black colleges and universities and criminal justice reform. He also said guidance is forthcoming from the CDC on how churches can safely reopen.

This comes as the president had threatened to withdraw federal funding from Michigan after that state's secretary of state decided to mail all registered voters mail-in-ballot applications. Now, the White House has had the president and the vice president on the road more recently, and today the president focused on ventilators.

"Thanks to you, we'll stockpile over 100,000 new ventilators in the next few months, and I've offered over 14,000 to friends and allies all around the world and they desperately need them," said President Trump.

The next planned trip for the White House will include a stop in Georgia on Friday by the vice president, where he will meet with that state's governor and business leaders.